I was disappointed from the start. I expected too much out of this episode, not as much as Lee did, but far more than Garrett did.

The first disappointment was the intro. I had hoped for (and predicted) a Previously on Adventures in Odyssey intro, so when I heard Whit I was downed a bit. The intro music set a mysterious tone, so that lifted my spirits some. The theme of the music throughout the episode seems to be more mysterious than the episode really is – are we supposed to be reading into it a bit more? Are we missing something?

At the beginning, presumably because she just got kicked into the Imagination Station program Emily is lost in thought. Whit comes and says, “Earth to Emily.” He asks what she’s thinking about and she replies that she’s thinking about the escape room incident. Whit says that he looked at the modifications that had been made on the escape room, but nothing led to the person who did it. He also mentions that Detective Polehouse is looking into the matter.

Emily also says that she prefers being alone when Matthew is brought up. Rabbit trail: I think Matthew was blackmailed to not be part of the Jones and Parker Detective Agency. That’s why he hadn’t hinted at it before and seemed sad when he said it. He might even know that Morrie is the mysterious voice, or at least behind some of the unsolved mysteries (The Key Suspect, Parker for President).

Morrie Rydell (Further from the Truth)

We know that he doesn’t really think this from Secret of the Writer’s Ruse. He seems to be trying to flatter Emily. Also, anyone would have known it was him who made the mess. Why else would he come down and tell about it?

Later, in the school I thought that Lee might have been right. It seemed like they could have continued The Key Suspect because all Emily’s things were missing, but I was disappointed that they didn’t. I shouldn’t let my hopes get up like that. They find a paper with a poem, Emily reads it and says they should check the library if they have the whole poem there. Again, Morrie says,

I don’t know about you, but I was suspicious when Morrie said he wanted to go along with Emily to see “how you solve it.” Then she finds another paper (in the poetry book) and decodes it to say, “Matthew.” She doesn’t like where this is leading and says that

“This whole thing could be someone’s idea of a joke.”

Emily (Further from the Truth)

They have to go to their classes. After those classes are over, Morrie brings Suzu over. Apparently he’s told her all about it because she says Matthew is missing, she overheard the school secretary calling the Parkers. For some reason she happened to be at the right place, at the right time to know this. Emily finally gets her locker open (after numerous attempts) and is surprised to find all her things are back.

There is another note in her locker and it says,

Suzu (Further from the Truth)

is Suzu’s reaction to the note. Emily figures it out when she Morrie tells her there’s more on the other side: They need to go to the Parker’s house. When they get there the door is unlocked, so they go in with Emily reassuring them that they “go in each other’s houses all the time.” Maybe so, but I doubt they go in without permission when no one’s home. then later Morrie says this revealing line:

“What if someone’s helping us find proof of a wrong-doing — a mystery person helping us solve another mystery.”

I think this is what Morrie has been doing all along — PFP, TKS, SWR. He is helping them find proof of a greater wrong-doing by helping them solve other mysteries.

Emily remembers that the note says to go where the person thinks best, and knows that for Matthew that is his laptop. She opens it commenting on how she doesn’t know the password, but it opens up to a math puzzle instead. Morrie does quick mental math and tells them what prime numbers are. He says,

in a defensive-seeming tone of voice. When they solve it there is a riddle that Suzu takes to mean they should check for messages left on Mr. Parker’s old school (Emily says the “old school” part) phone. They do and Eugene has left a message saying that what was lost has now been found (again, Morrie demonstrates his [still fairly limited as we’ll see later] Bible knowledge in his programming of the Imagination Station adventure). They go to Whit’s End and Eugene says that it was his phone that he lost and Matthew helped him find it. They suggest he check it for anything strange and Eugene realizes that all of his pictures (for scientific and family purposes, he wouldn’t be a “shutter-bug”) are gone. Morrie then says,

“And it doesn’t matter anyway, since now we’ve hit a dead end.”

But, of course, Eugene backs up all of his photos on his own personal server (he wouldn’t use something like Google Drive or iCloud). Emily notices something in the background of a picture of Buck. She asks Eugene to zoom in. He zooms in, and the sound effect for the phone zooming in sounded like Dr. Blackgaard taking his mask off in Blackgaard’s Revenge, Part 1 of 2. She sees Matthew handing Whit an envelope. Whit walks up and Emily asks what was in the envelope and Whit gives it to her saying that it is a message to her from Matthew.

The note says that Matthew left clues for her because he is being held by the man who trapped them in the escape room. Emily sees through it. Matthew walks through a door and congratulates her on solving the mystery (this parallels the ending of Secret of the Writer’s Ruse). She thinks that it still doesn’t make sense. Whit quotes a verse, and Emily says, “That’s from James, right?” Whit says it is (this is the part I was talking about with the limitations of Morrie’s bible knowledge). She then claims that the whole day has been an Imagination Station adventure and yells, “End program!” confidently. Nothing happens. Whit’s voice breaks up a bit with some static and changes pitch. Later Morrie’s voice changes between his normal voice and the Mysterious Voice when he says,

After the music comes to a climax, the Mysterious Voice says, “End program” and the program ends with Emily standing next to the sink in the Whit’s End kitchen. She explains to Mr. Whittaker that it felt like a day and asks how long it really was. He says it lasted about 10 minutes.

“There were gaps in the logic.”

Emily (Further from the Truth)

she says. She tells him that it did make her think about what “we had talked about earlier.” Then Whit says this line that makes me shudder because it sounds so much like a Morrie line:

“Then some good came out of this after all”

John (Further from the Truth)

Emily then relates that to the escape room incident, saying good came out of bad both times. Emily then connects the dots that someone (presumably Morrie) was the one who programmed the Imagination Station adventure and was also behind “a lot of other strange stuff” that had happened. When Whit asks, “Who?” we cut to another scene.

Morrie is coming into Suzu’s room and they talk about how strange Emily’s Imagination Station adventure was. Suzu is looking for her notebook. Morrie finds it and leafs through it.

“Japanese is such a beautiful written language. Maybe you could teach me someday”

Morrie gives her her notebook and says,

8 thoughts on “Further from the Truth Notes” 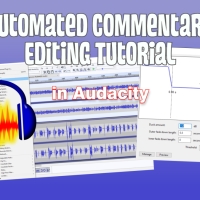 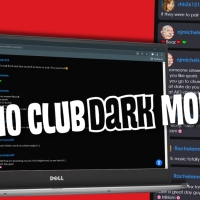 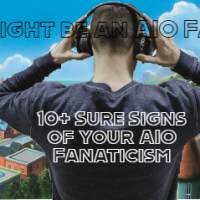 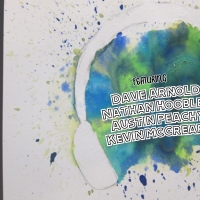